Luke 17: 15-19 ~ Only one out of ten of the lepers return to give thanks.
And one of them, when he saw that he was healed, returned, and with a loud voice glorified God, and fell down on his face at His feet, giving Him thanks. And he was a Samaritan. So Jesus answered and said, “Were there not ten cleansed? But where are the nine? Were there not any found who returned to give glory to God except this foreigner?” And He said to him, “Arise, go your way. Your faith has made you well.”

Only one of the ten came back to give thanks; and he was the unlikely one, a Samaritan. And, though he was the only one, he was very loud about his thanks. Jesus missed the nine who did not return to give thanks. He wondered where they were.

All ten were willing to participate in a religious ceremony; by going to the priest. Yet only one was filled with true praise and thanksgiving. An external religious exercise can be easy enough and comfortable to follow, but the internal matter, the drawing out of the heart with sincere gratitude, with thankful love, that is what Jesus longs for us to have. PRAISE HIM! 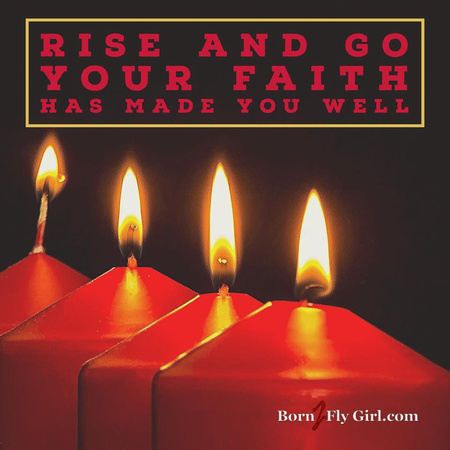